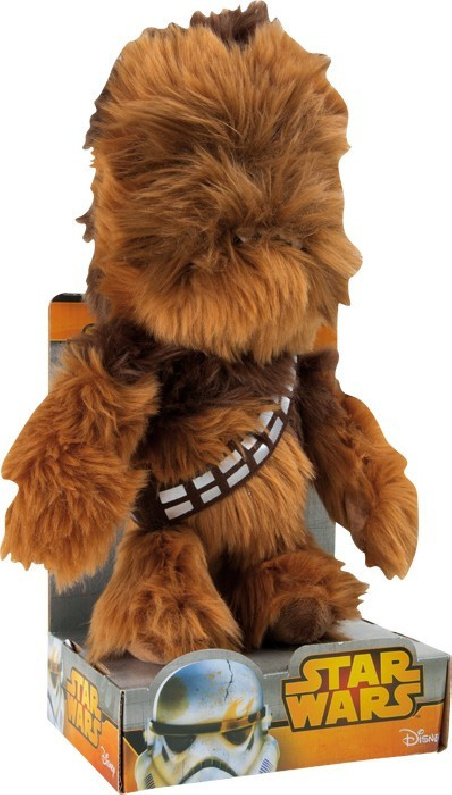 A long time ago in a galaxy far, far away, Chewbacca was the co-driver and best friend of smuggler Han Solo aboard the Millennium Falcon. This Star Wars character, this legendary Wookie warrior was part of the core of the rebels who rose up against the Empire. Originally from the planet Kashyyyk, he is affectionately nicknamed Chewie by his friends. Did you know that for the Chewbacca character, George Lucas was inspired by his own Indiana dog, an Alaskan Long-haired Malamute?

Chewie, this ball of hair over 2 m long is recognizable among a thousand with its incomparable cries and hilarious Wookie hugs. But above all, Chewie also has a big heart. In the whole universe, there are few people as loyal and faithful as Chewbacca.  Treat yourself to this legendary and very sympathetic character from the Star Wars saga. This cuddly toy will become your most loyal friend as he is Han Solo's faithful friend. Who hasn't dreamt of receiving Chewbacca?

A miniature Chewbacca, the faithful friend of Han–Solo. This popular Star Wars star is a great cuddly toy. With its soft, brown fur and the sash it looks really like the original. True Star Wars fans will love it! This toy will become your most loyal friend as he is the faithful friend of Han Solo. This Star Wars character, the legendary warrior was in the hard core of the rebels who rose up against the Empire.  Undoubtedly Chewbacca will be one of your favourite cuddly toys.